Last weekend we held our first ever BBQ Masterclass day at our Moorebank NSW store. Despite the threat of 35-40km winds and 90% chance of rain and thunderstorms, around 15 BBQ enthusiasts pitched up and boy were they glad they did.

The day started off with the captain of the Flaming Coals BBQ team demonstrating the easiest way to get the fire going in his offset smoker fire box using the Flaming Coals Charcoal Starter Wand. Next, we went through the different types of wood chunks and which wood was best suited to what kind of meat. Here’s a quick summary for those of you who missed out: Peach - the sweetest of all woods

Iron bark - strong robust flavour (not as strong as redgum though)

We also have a summary guide available

Cam trimmed the meat live to demonstrate the best way to prepare your meat before putting it into the Flaming Coals Texas Offset Smoker. On the menu for the day were 2 racks of pork ribs, pork shoulder (to be pulled) and pork belly. Due to the length of time it takes to cook a pork shoulder, another pork shoulder was prepared the day prior, pulled and vacuum sealed. While many competition teams like to keep their rubs and cooking methods under wraps,  Cam certainly didn’t hold anything back. Ribs were trimmed on the spot and he shared his rub secret with the group. Once the smoker was up to temperature (225F), the shoulder, ribs and belly were thrown into the offset smoker. Ironbark and apple wood chunks were added to the charcoal to give the delicious smoky flavour.

Whether it be a couple of rubs they hadn’t tried before, a charcoal starter wand or a new stainless steel Mercer knife, most people took the opportunity to take advantage of the store-wide specials we had available to MasterClass registrants, many commenting that they were going to be in big trouble from their wives when they got home!

As we reached the mid-way point of the way, grumbling belly’s were tamed by the pulled pork prepared from the day prior. The vacuum sealed pulled pork was sous vided for approximately 45 minutes and dished up for all to enjoy. We forgot the forks, but as I was reminded, men don’t need forks.

While it was a heavily male dominated audience, there were a couple of ladies in the audience who were also eager to learn…or just keep an eye on their husbands spending habits……one or the other!

As we hit the midway point in the day, Cam removed all the pork from the smoker and wrapped it with foil. To demonstrate the difference in flavours between saucing, one rack of ribs were sauced with Sucklebusters Original BBQ Sauce while the others were left just with the dry rub. With not much more to look at until the meat was ready, the demonstration switched gears and the spit roasting part of the day began.

To give Cam a break, I took over the spit roasting segment and imparted the years of knowledge picked up from my Greek in-laws. We went through the functions of a Cyprus Spit roaster, showing how it was possible to cook large pieces of meat, small kebab skewers and grill all on the one unit.

To kick off, mallee root charcoal was stacked in a pyramid and light in a couple of minutes using the Flaming Coals Charcoal Starter Wand. Anyone within a 1 meter radius could feel the heat being pumped out.

One of the most common questions we get asked is how to cook gyros. Honestly, gyros is the easiest thing to cook and is becoming very popular with people catering for birthdays, engagement parties or pretty much any event. The reason why gyros is becoming more popular is because it is so easy to do.

As demonstrated, you simply squash chicken thighs and lamb shoulders onto the skewer and in between 2 gyros plates.Check the recipe used on the day. A de-boned leg of lamb in the basket and some left over chicken was diced and cooked on a few kebab skewers.

Similar to the smoker session. Cam took the group back inside the showroom to demonstrate the differences between the various types of spits and when you would use one over the other.

The chicken skewers were ready in 15 minutes and were served. While the gyros, leg of lamb and pork continued to cook, Cam and Craig continued to answer the plethora of questions thrown at them by an audience that were eager to learn. Cam shared his experience of judging in a BBQ competition and well as explaining more about how the competition circuit worked. 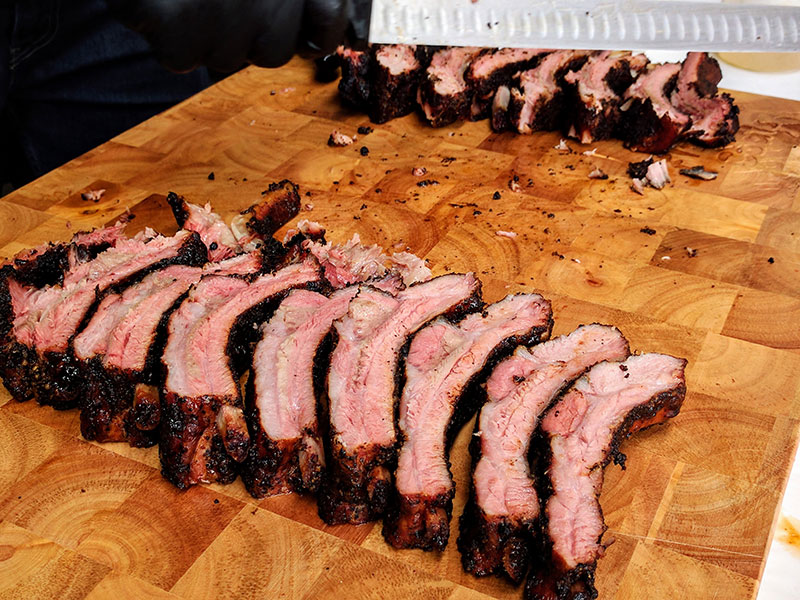 Finally, around 3pm, the ribs, leg of lamb and first cut of gyros were ready. As the ribs were unwrapped and the Mercer Brisket Knife cut through them like butter and we almost needed armed guards to hold the crowd back!

Once everyone had a rib in their hands, there wasn’t a peep out of anyone as they savoured every bite. Having eaten a lot of BBQ in our time, our CEO Tony openly said that those ribs were the best he had ever had…..I guess that’s a hint for me to lift my game! I must admit, those ribs were a hard act to follow, but my gyros and lamb were still gobbled down by the 10 or so people remaining.

Finally, after around 6 hours in the smoker, the pork belly was pulled out of the smoker and diced into cubes. The flavour was to die for. It was hard to believe that just sea salt and smoke could give such an amazing flavour.

All in all, I am very happy with how the day turned out and it was great to meet both new customers and see some old familiar faces once again. Another BBQ Masterclass has been scheduled for Melbourne on 8th April. If you are interested in attending, you must register. Check out our previous blog post of how the Flaming Coals Offset Smoker excelled in the Yaks BBQ Festival.

Also, check out our blog post of the Recap of the BBQ Masterclass in Melbourne. 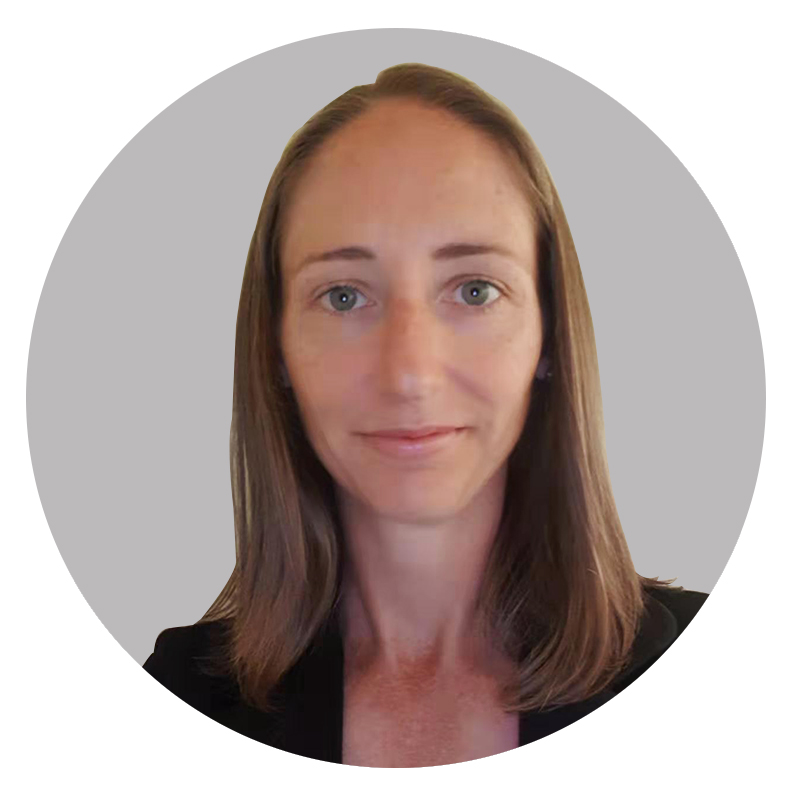 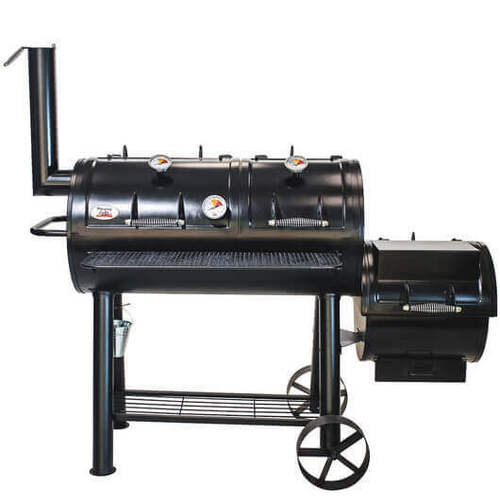 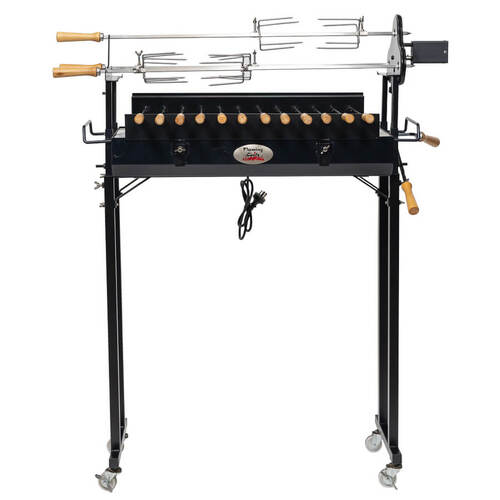